What Is WAN? – Definition, Advantages, And More

The Marketing Pilot, 2 months ago 0

A WAN (Wide Area Network or WAN, in English) is a type of computer network capable of covering distances from about 100 to about 1000 km, giving service to a country or continent. An example of this type of network would be RedIRIS, the Internet, or any network. Where not all of its members are in the same building (about the distance there is possible discussion). People make many WANs for a particular organization or company and are for private use. They produce others by Internet providers ( ISPs ) to provide connection to their customers.

Today the Internet provides high-speed WAN. The need for private WAN networks has become drastically less. While VPNs that use encryption and other techniques to make that network dedicated are continually increasing.

Typically the WAN is a point-to-point network, that is, a packet-switched network. WAN networks can use satellite or radio communication systems. It was the emergence of laptops and PDAs that brought the concept of wireless networks.

The WAN network infrastructure is made up and the switching nodes of high-performance transmission lines, characterized by their high speeds and bandwidth in most cases. Transmission lines (also called “circuits,” “channels,” or “trunks”) move information between the different nodes that make up the network.

The switching elements are also high-performance devices, as they must handle the amount of traffic that circulates through them. In general, these devices receive the data through an input line. And they must be in charge of choosing an output line to forward it. Each host is connected to a LAN network, which connects to one of the switching nodes of the WAN network. This node must be in charge of directing the information to the destination for which they need.

Before addressing the next topic, it is necessary to clarify the term switching. We could define it as how the nodes or interconnection elements guarantee two end systems’ interconnection to exchange information.

However, before exploring the specific topologies used for WAN networks, it would be prudent to introduce the term topology briefly. The term topology has two fundamental aspects:

The physical topology refers to the physical shape or pattern formed by the nodes connected to the network, without specifying the type of device, the connectivity methods, or the network’s addresses. It is based on three fundamental basic shapes: bus, ring, and star.

For its part, the logical topology describes how we convert the data to a specific frame format and how they transmit electrical pulses through the communication medium. So this topology is directly related to the Layer Physics and the Link Layer of the OSI Model seen in previous classes. The most popular logical topologies are Ethernet and Token-Ring, both widely used in LAN networks. Among the logical topologies used for WAN networks, we have ATM (Asynchronous Transfer Mode), also known as the ATM standard. We will be talking about ATM later since it is necessary to explain other concepts before reaching it.

Their physical topology can become more complex in WAN networks and not respond to the primary forms due to several determining factors.

The enormous amount of users, the traffic they must support, and the diversity of interconnection equipment they must use. There is an established group of topologies that are the most used. Specific needs condition the implementation of each of them in particular, such as the number of nodes to connect, the distance between nodes, and the infrastructure in them. The topologies people use in WAN networks are below:

In this topology, each node is connected to another through dedicated circuits, channels that companies or institutions lease to telephone companies. These channels are always available for communication between the two points.

This configuration is only functional for small WANs since all nodes must participate in the traffic. If the number of nodes increases, the number of traffic increases, which has a consequent rise in the network’s cost.

In the ring topology, each node is connected to two others, forming a ring pattern. This topology has two advantages:

Extending these networks is more expensive than developing a point-to-point network since at least one more link is vital.

In this configuration, one node acts as a central connection point for all the others. Also, allowing that the other nodes do not lose connection with the central node in the event of a failure in any of the cables. This topology’s main disadvantage is that any significant node problem becomes a total disaster for the network since we lose all the node’s connection.

In this topology, the essence is to seek the interconnection of the nodes. So that if one fails, the others can quickly and easily redirect the data. This topology is the one with the most fault tolerance because it is the one that provides the most paths through which data can travel from one point to another.

The main disadvantage of mesh-type networks is their cost, which is why we created an alternative. That is the partial mesh network in which the most critical nodes (through which more traffic passes) are interconnected with each other. Nodes are interconnected through another topology (star, ring).

To understand how nodes communicate in a WAN network, it is necessary to address an issue central to this network type.

In a company, there are usually many computers. Which need their printer to print reports, the data stored in one of the computers is very likely to be necessary for another of the company’s computers. So it will be essential to copy them in this, being able to produce lags between the data of two users. The occupation of the disk storage resources multiplies, the computers that work with the same data will have to have the same programs to handle said data, etc.

The solution to these problems is the local area network. It allows sharing databases, programs, and peripherals such as a modem, an ISDN card, a printer, etc. Making other means of communication available to us such as email and Chat. It allows us to carry out a distributed process. They can distribute the tasks in different nodes and will support us to integrate the methods and data of each of the users in a corporate work system. Having the possibility of centralizing information or procedures facilitates the administration and management of the teams.

Besides, a local area network involves significant savings, both in time, since information and they achieve work management. As well as money. Since it is not necessary to buy many peripherals, they consume less paper. And is a connection to the Internet can use by a single telephone or broadband connection sharing by several networking computers.

Also read: How to Create A Successful Customer Service Policy

Review What Is WAN? – Definition, Advantages, And More. Cancel reply

What Is Cybercrime? – Definition, Types, And More

WHAT IS LAPTOP? – DEFINITION, BENEFITS AND MORE

What is Whatsapp Web? – Definition, Functions And More 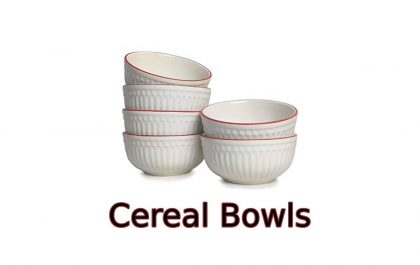 The Marketing Pilot, 4 hours ago 0 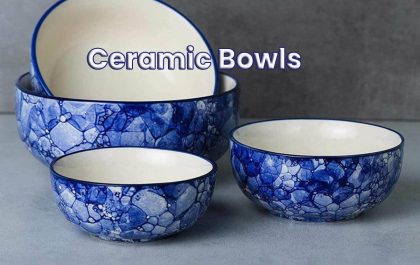 The Marketing Pilot, 6 days ago 0